Alert : Javascript is disabled. To View this Website, Please Enable Your Browser's Javascript... 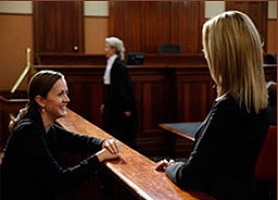 Witness expenses are being paid to the witnesses in Criminal Courts and Rules made by the Government of Odisha under the powers conferred by Section 312 of the Code of Criminal Procedure, 1973 regulating payment of reasonable expenses of witnesses attending any criminal Courts in the State for the purpose of any trial, are described below.